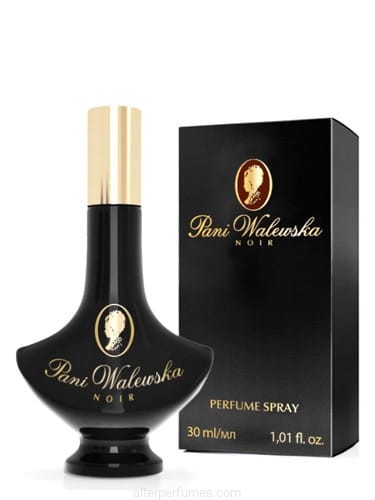 Pani Walewska Noir - seductive creation for the evening. Intense and fresh composition combining the notes of juicy citrus with seductive rose and sensual musk. Launched in 2014. 30ml, boxed.  Maria Countess Walewska (7 December 1786 – 11 December 1817) was a Polish noblewoman and a mistress of Emperor Napoleon I. In her later years she married count Philippe Antoine d'Ornano, an influential Napoleonic officer. In 1937, the MGM made the film "Pani Walewska" or "Conquest" with Greta Garbo in the lead role.