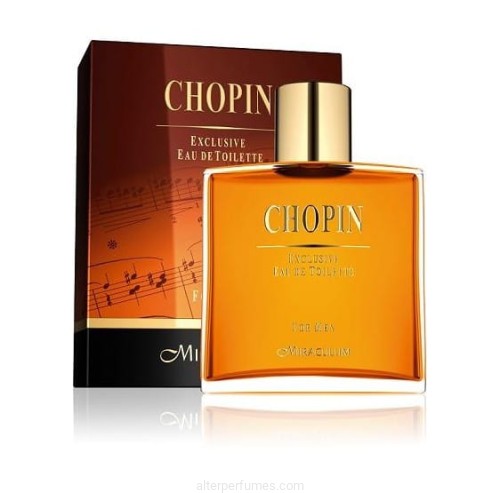 Chopin by Miraculum is more autumn/winter fragrance for a romantic type of a person. It is a dense, warm and enveloping aromatic fougere composition. It opens with citruses and lavender notes followed by lilly-of-the-valley and geranium set on a base of sandalwood, cedar and patchouli. Apart from its fragrance, it contains nourishing ingredients for the skin after shaving – lactil hydrating, cooling menthol, soothing aloe leaf extract and vitamin E. Chopin aftershave is extremely gentle and brings a feeling of freshness. It is an aftershave with a spray preventing accidental spillage. You need to pump several times in the hand and then apply to the face. 100ml, boxed, foil.

Miraculum SA is a Polish cosmetics company, which has been building its market position while maintaining respect for their traditions and rich history which dates back to the 20s of the last century. Over the turn of the centuries, Miraculum had a spectacular transformation, becoming one of the major players in the Polish cosmetics market.